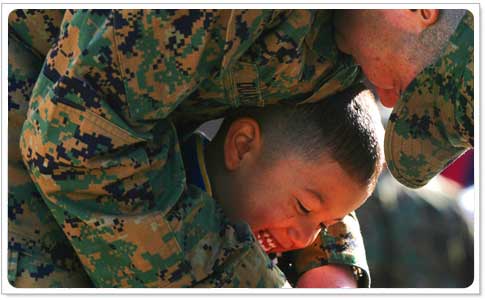 This post was originally published on April 5th, 2009; we’re republishing it today in honor of the little ones who live this military life right alongside the rest of us!

My two children are still very young. My little guy knows nothing more of the military other than where we live is exciting because we get to watch (and hear) airplanes as they take off repeatedly throughout the day. Well, that and the fact that for some reason, other men and women seem to be walking around in his daddy’s work clothes! 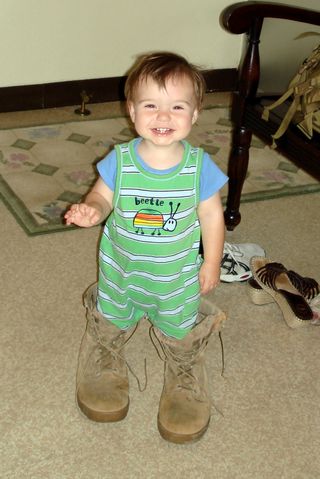 My daughter, however, is a little savvier to the military child lifestyle. In her five-and-a-half short years of life, she’s moved with us three times; she’s experienced the pain of separation during her daddy’s deployments and TDY trips; when we moved here she understood what it meant to say good bye – perhaps forever – to the friends she’d made and was leaving behind.

She hasn’t asked us many questions, nor have we divulged much information about what it means to work for the military. She just knows that military families get to move around to different parts of the country and the world, and that sometimes her daddy – and other children’s daddies and mommies – will have to go away for a very long time, while the children stay home and send them letters, cards, and care packages.

The life of military children is unique – they rarely get to know the stability of growing up in one home, or playing hide and seek with the same friends at age six that they’ll attend Prom with when they’re sixteen. Instead, they get to experience the upheaval and change of moving just when they feel as though they’ve finally gotten settled in a new state or country. They may find themselves in a two-parent household but being raised primarily without one parent while he or she is constantly deployed, or TDY, or otherwise traveling for work. They learn to plan ahead – but not too far ahead – because what’s down the road is never certain and always subject to change at a moment’s notice. 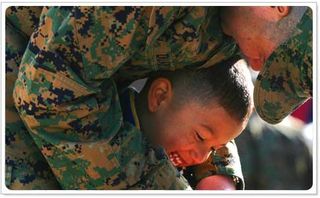 Military children also have the advantage of learning to be adaptable, independent, and having the understanding that the world is much bigger than they could have understood had they grown up with a more sheltered life. And no matter what age your military children are, they’re not too young for you to express your gratitude to them for their service.

So sometime this month, take the time to tell your children how much you appreciate their sacrifice, their dedication, and their commitment to making your military family work.  Take them out for a pancake breakfast one morning during their spring break; bowl a few frames at your nearest military installation (there are lots of specials going on in their honor this month at Emery Lanes on Kadena) or off base; take them ice skating and to the batting cages; or let them climb to their hearts’ content at Round 1 on one of those inevitable rainy spring days. Make their favorite meal for dinner one night, or grab an ice cream cone and head to the beach to watch the sun set.

But whatever you do, be sure to let your children know how much you appreciate all the ways they contribute to the success of your military family. Help them to understand the honor and privilege that comes along with having a parent serve in the military, and encourage them to wear their pride in their parents’ service – as well as their own.