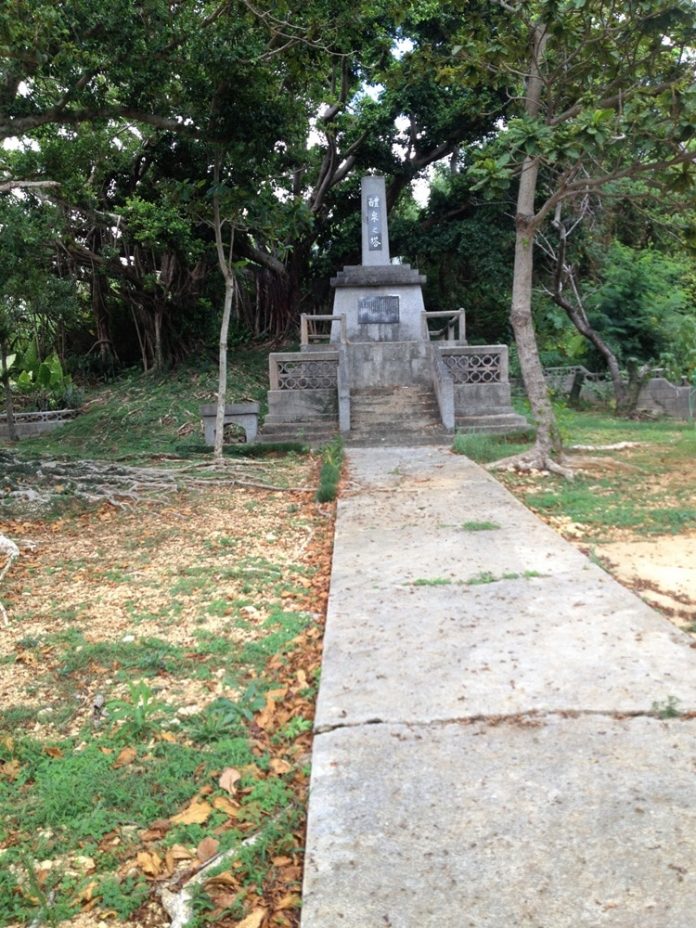 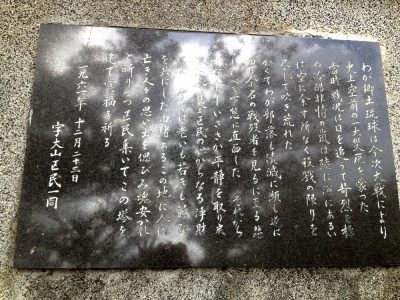 After driving past this many times on my way through gate one of Futenma, I finally decided to check it out. This is the Reisen no Tou, or Oyama War Memorial.

Before the start of the Battle of Okinawa, in World War II, Oyama village had approximately 1,300 people from 290 families. Even though the Japanese military did not warn the villagers of the coming war, the people knew that they needed to prepare. Families stocked up on supplies and hid them in caves and family tombs. Others were digging caves of their own. There is a large cave that is located on MCAS Futenma that people took shelter in. The entrance into the cave was a through a tomb.  It is 56 meters long and contained three separate rooms. This cave was discovered 6,000-7,000 years ago. 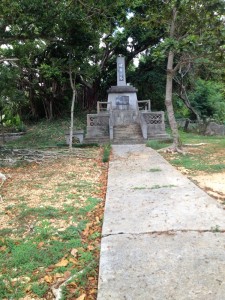 In 1944, the Japanese military occupied the area in preparation for the battle. Many of the villagers left for Nakijin village up north. Six families would not leave their homes and as a result did not make it through the war. Other families fled south with the Japanese soldiers but they did not make it as well.  Around a third of the homes were destroyed during the battle as the U.S. military moved through towards the south.

The memorial was erected on December 23, 1961 and named Reisen no Tou. Every year in September, Oyama village has a ceremony at the memorial for those that were lost. The front plaque is a poem of a parable. It talks about a great and terrible storm that sweeps through the area and causes great destruction. Some of the villagers had fled from the storm and upon returning, they find the desolation that was left behind; they are filled with great anguish and despair. On the surrounding sides are the names of the 405 victims. This number is different from the one on the wall at the Peace Park which states 487 were killed from Oyama. They may be gone but they are never forgotten.

If you would like to pay your respects as you visit this site, a white flower would be an appropriate sentiment.

Note: I am not sure where the cave is on Futenma. If the entrance is still through a tomb then only the owners of the tomb are allowed to enter.

Directions: On the 58, head towards Futenma (North of Kinser, south of everything else). There will be a stone sign for the base at the light. King Furniture next to this light as well. Follow the road as it winds up the hill. As the road straightens out and you can see the gate, pull over to the side of the road. This is located directly out of gate one of MCAS Futenma. They share a fence line.