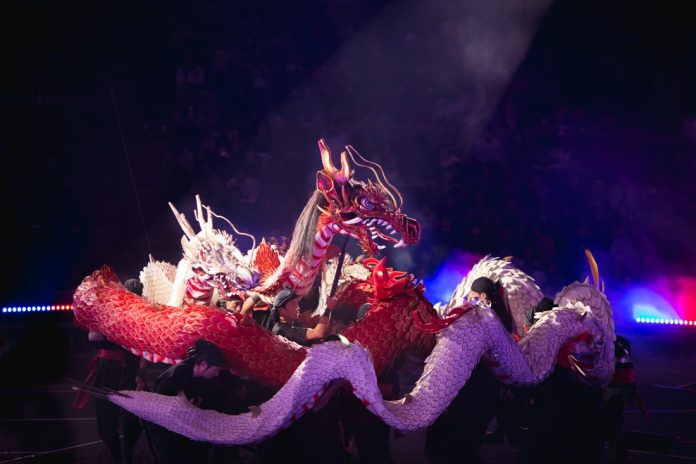 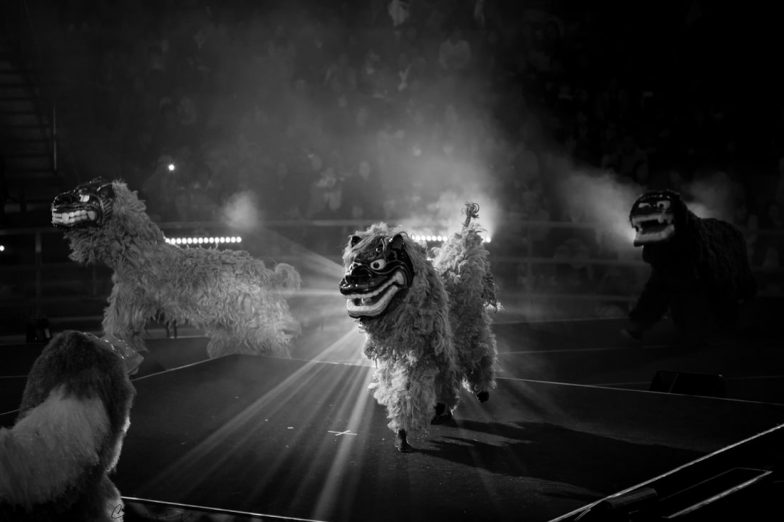 Having been on island for two years, we have been to our fair share of festivals, but I have to say the Ryujin no Utage (Feast of the Dragon God and also called the Uruma Sparkling Festival!) to date, has been my favorite.

While it is called a festival it is much more like a full blown production, and definitely not one to be missed. 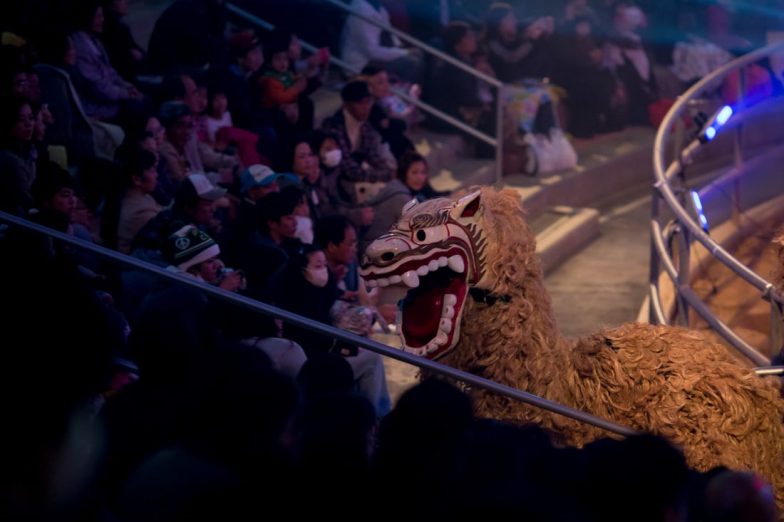 The Sparkling Festival is relatively new, and was created to boost tourism to the region during the winter months and I am so pleased they created it, because seriously this show is epic.

Held in the all-weather Uruma City multi-purpose dome (usually used for bullfighting) a stage is constructed within the ring which means everyone gets a great view due to the 360 degree seating. 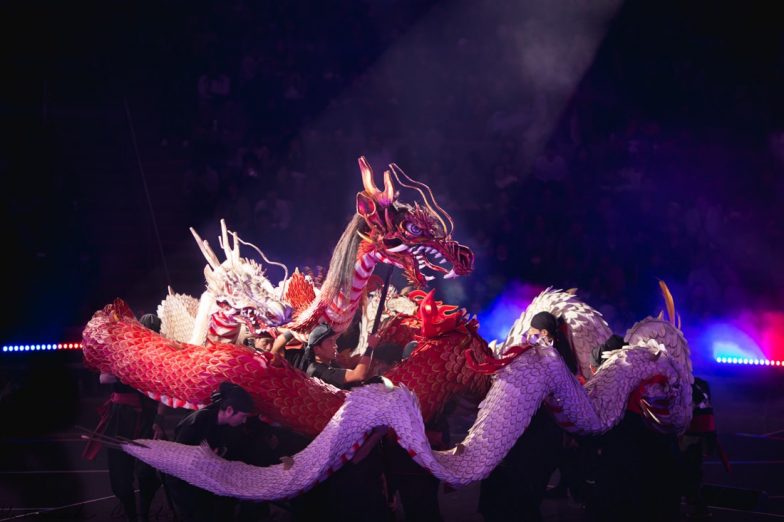 If you have been to the multi-purpose dome before you will know that the seating isn’t that comfortable with it being concrete and all, thankfully the organizers had laid out cushions for everyone to sit on, although after a couple hours what comfort they did provide was long gone! 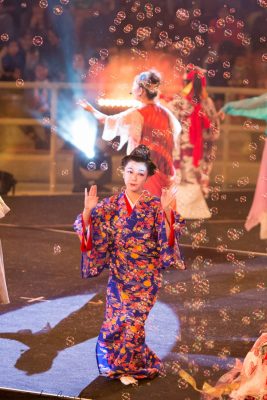 Despite being a little uncomfortable towards the end it was entirely worth it, the show was simply amazing.

In 2014 they had 19 performers, both individual and groups, although some of them did multiple performances and performed together so I can’t tell you how many act’s there were all up.

The show opened with calligraphy artist Taba Tamamidori and before long we got our first glimpse of the dragon which put on a fabulous dragon dance based on ancient Ryukyu lore.

There were performances from Ryukyu Kingdom Festival Drums (who have performed all over the world including New Yorks Carnegie Hall) as well as various youth groups. 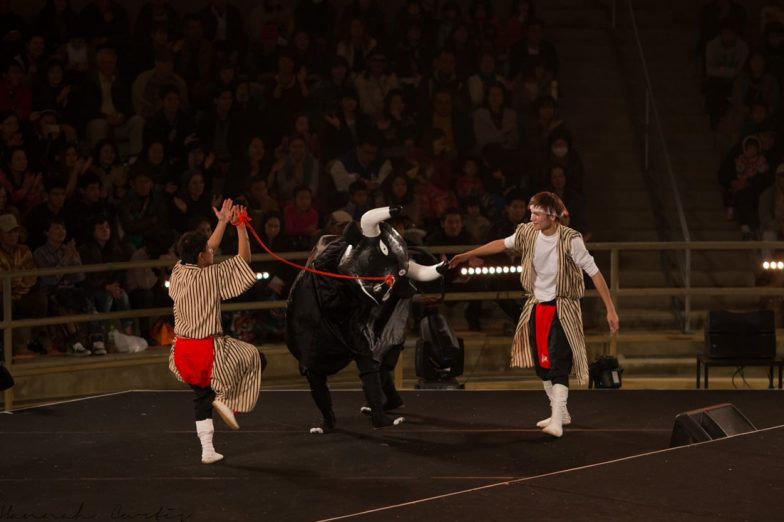 While I didn’t know any of the artists I believe a few of them are well known within Okinawa/Japan…Aria (a violinist) Sunrise Katsu (who played an ancient guitar) and guitarist Kuniyoshi Ryo; whom according to the website is constantly at the forefront of the Okinawa music world, to name a few. 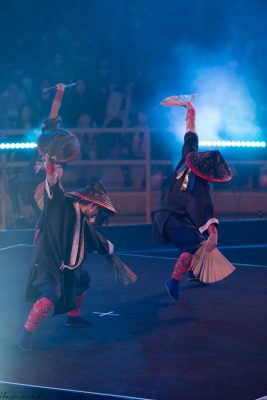 Regardless of where you sat, because of the 360 degree seating, you always had a great view but what was super cool is often the performers came into the crowd; from eisa drummers, dragons to shisa dogs…our girls (aged just shy of 2 and 5) particularly loved this crowd interaction, as did we.

I suspect each year may differ slightly, whether it be entirely new artists or simply different songs/dances, but I have no doubt that future festivals will be just as epic as the one we went too!

There was ample of parking down by the wharf with buses put on to transport you to the venue and just like every other festival on island, there were loads of scrummy foods being sold by vendors outside of the dome. 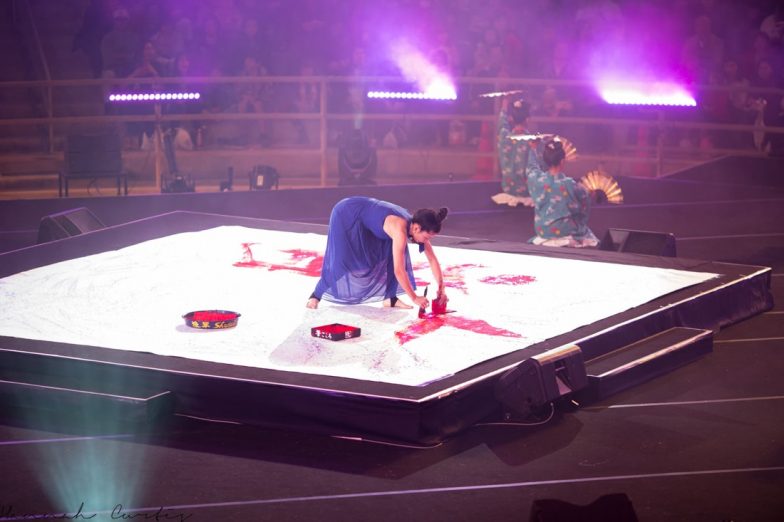 As an added bonus after the show you are allowed to take the cushions home!