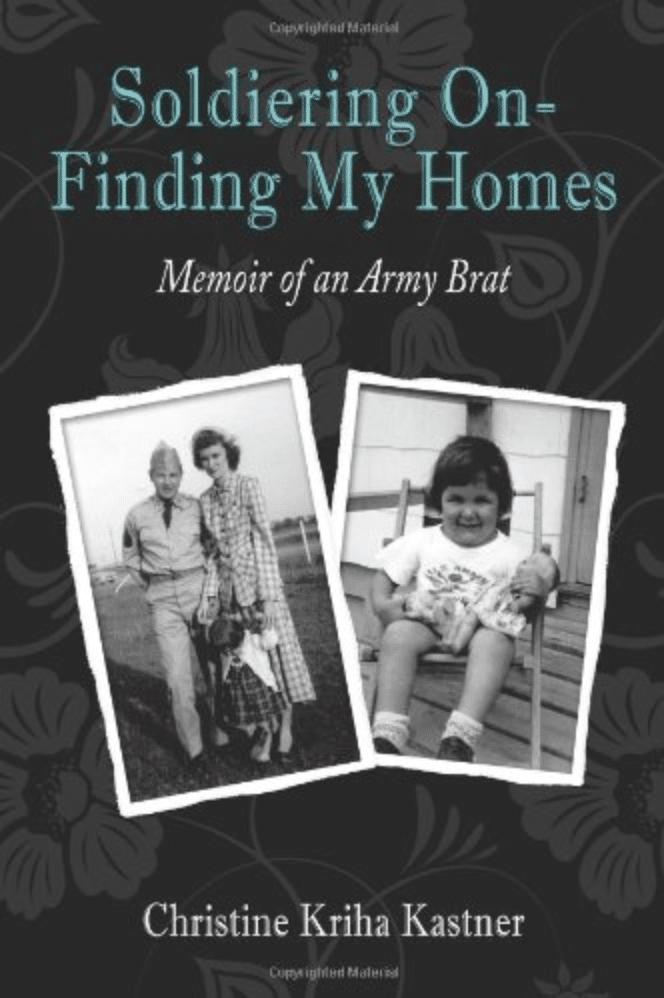 Editor’s Note: Author Christine Kriha Kastner provided a complimentary copy of this memoir to Heather so that she could take a look inside and share her thoughts with our readers.  The opinions below are all hers. Amazon affiliate links are embedded below; if you purchase this book through these links we will earn a few pennies on the dollar at no extra cost to you. 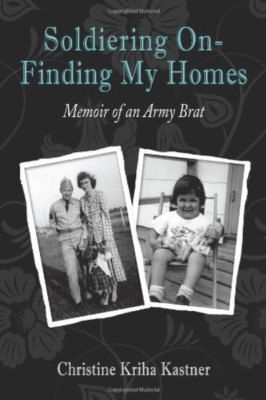 Soldiering On – Finding My Homes: Memoir of an Army Brat by Christina Kriha Kastner
271 pages, hardcover

Publisher’s Description: “Christine Kriha Kastner grew up the only way she knew—on military bases stateside and around the world. By the time she turned in her military I.D. card, when her father retired from the U.S. Army, she had lived in fifteen different houses and attended ten different schools. Situation normal for an army brat.

Living on Okinawa was a memorable overseas assignment. So when an opportunity to return to that little island in the Pacific Ocean arose after forty years, she couldn’t pass it up. Kastner returned to the island she remembered from her youth—with the 73-year-old mother of one of her best friends. Together, they took a Kubasaki High School reunion trip timed to coincide with the 4th Uchinanchu Festival that brought thousands of Okinawans back to the island from all over the world.

It was the adventure of their lifetimes, just not quite the karaoke, sake and pachinko experience they expected.” 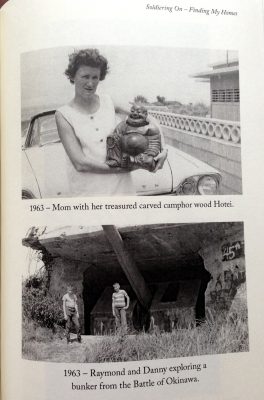 My Thoughts: This book is the collection of one woman’s quest to record the memories she collected throughout her childhood as an Army brat in the 1950s and 1960s. Largely centered around their tour in Okinawa in the mid-60s – as well as her return trip with a group of Kubasaki High School alumni in 2006 – the stories within are told with a feeling of wistful remembrance and a sense of humor that only come with the passing of time.

My experience with the military is that of a spouse, so reading this through the eyes of a former Army brat gave me a better insight as to how overseas tours – and the adults coordinating such moves – are experienced by kids who are entirely at their parents’ mercy when it come to most everything. One such story stayed with me; as a mother to very young children and someone who knew just a tiny smattering of the local language when we moved to Okinawa, I can relate to Kastner’s own mother’s intimidation of venturing out to explore their surroundings, though the Okinawa of the 1960s was far less navigable than it is today:

“The Gillions were much more adventurous than my family. Probably because Julia was so desperate to get out of that house she’d been cooped up in all day! Bay would come home from work to find her ready to go, with a gas can in one hand and little Gary in the other… and Cathy and Jim holding Blackie on his leash!

She talked about the time they loaded up the car and drove on unknown narrow dirt roads into the northern part of the island, to find some waterfall that Bay had heard about from the guys he worked with at Torii Station.

‘I don’t know what we were thinking back then. Can you imagine what would have happened if the car broke down…in the middle of nowhere? We didn’t speak Japanese and if we found a phone, who would we have called for help?’

Not my parents, that’s for sure. Mom was always talking about how crazy the Gillions were to do something that dangerous.

Some parts of her story were so similar to my experience, like when giving directions to get from point A to point B:

“I can still hear Dad saying, ‘Take Highway One and turn down the dirt road by the pink steam house. Follow that road all the way down the hill until you can’t go any farther and turn right at the bottom. Go past the rice paddies until you see the second American-style concrete block house on the right. That’s us.'” (page 79)

Still other memories are incredibly far removed from today’s experience, like communication with loved ones back in the United States. Kastner describes the single time (in four years!) her mother made the long distance phone call from Okinawa to Oregon, a process that involved using three ham radio operators to relay a simple conversation, with no chance of actually hearing the other person’s voice on the other end:

“I remember how awkward Mom said it was to try to speak to Grandma by relaying a message in short sentences that ended with ‘over’ so that the radio operator could transmit to wherever Grandma was waiting at the other end. The conversation went back and forth and was slow and cumbersome. She kept forgetting to say ‘over.‘” (page 163) 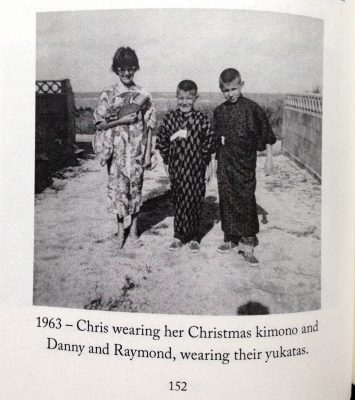 Many of the other stories in this book are similarly amusing, and my jaw dropped while imagining what it must have been like to live in an Okinawa that was vastly different from the one I experienced myself, and I found myself nodding and smiling at multiple other points throughout the book.

From a critical standpoint, this book can best be described as an amateur effort. Populated with an abundance of exclamation points and non-sequitor sidebars, the story jumps back and forth in time between the years when her parents met (and their multiple marriage celebrations), to her early childhood in Ohio while her father served a tour in Korea, to very brief mentions of their tours in Germany and Kentucky, to her trip back to Okinawa in 2006, to the more recent past. It is not a chronological telling of her her life’s story. There are a few chapters that feel out of place, as though these were memories that needed a home but didn’t really fit anywhere. But this is a memoir, after all, and I can understand the need to fit it all in, even if life hasn’t provided the most linear way to retell all the stories.

As someone who has lived the overseas military life more than once, I fully appreciate this book, and even more so because Kastner describes both an Okinawa that I will never know, as well as the small Ryukyu island that resides fondly in my heart from the years I called it home. If you are a military brat, an Okinawa veteran, or someone who has lived the transitory military life for awhile, I suspect it may resonate with you, too.