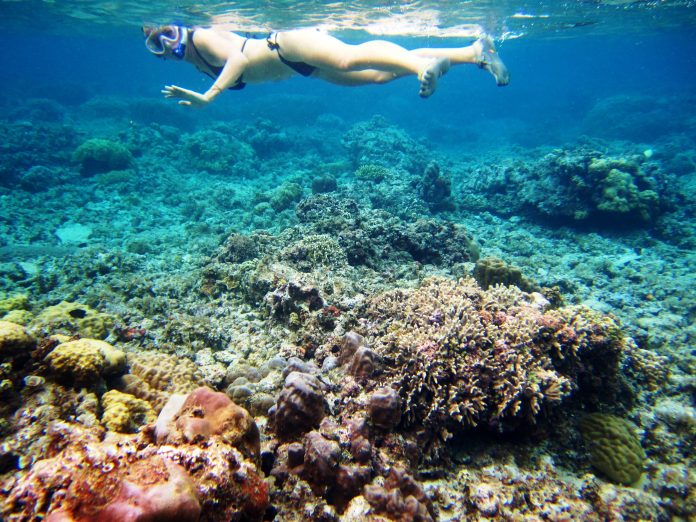 CONTRIBUTED BY WILL MILLER 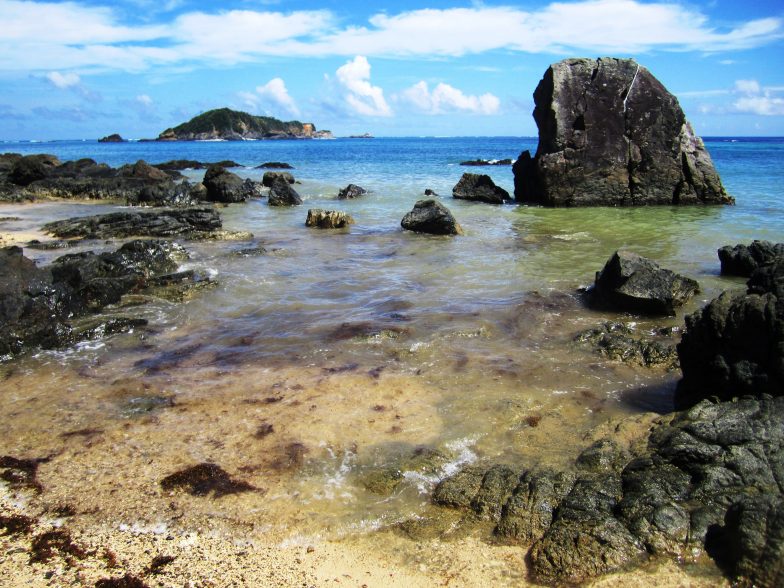 Adaga Island is located in the northeastern area of Okinawa, about a quarter of a mile offshore from an easily accessible beach, and close to pretty much nothing. In other words, about the perfect location and setting for a nice open water swim (or kayak), snorkel, and uninhabited island exploration experience.

We were both excited to be strolling down the beach and heading for the water with our gear in hand, setting out on an atypical adventure. The swim started out a little murky, as the surf on the beach was churning up the muddy surface substrate on the rocks. This soon made way for the normal clear blue Okinawan waters as we glided across the sea heading to Adaga. 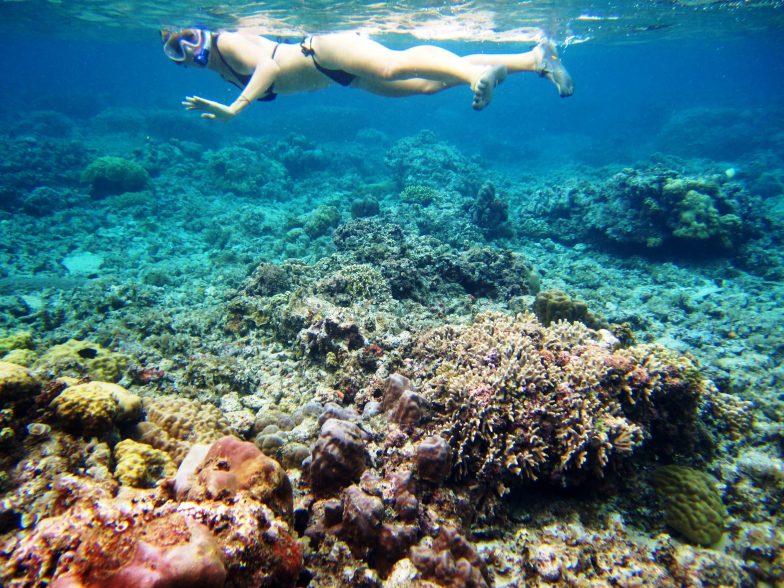 We saw many of the usual reef fish on the way (snapper, triggerfish, butterflyfish, moorish idol, clownfish, parrotfish, trumpetfish, needlefish, sea urchins, sea anemone, plume worms, and many others). The waters appeared to be very healthy, with most fish seemingly unaccustomed to snorkelers. 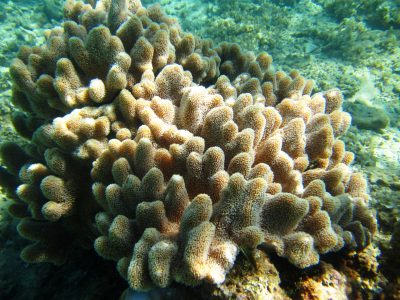 The swim to the island was almost a tease – long enough to notice, but short enough to want more, so after washing up on shore we walked along the beach to the eastern edge. Here we found a beautiful, sheltered pool of turquoise, clear water. 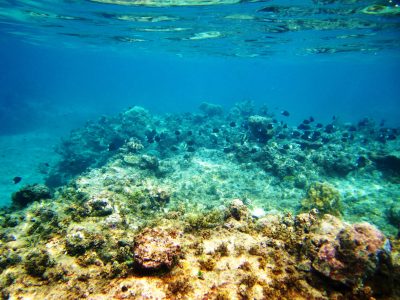 Upon entering we immediately encountered: 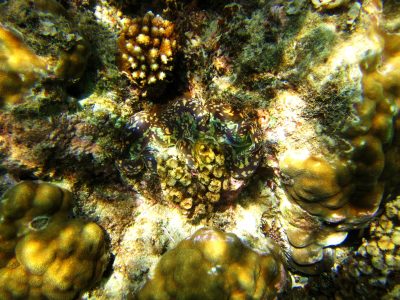 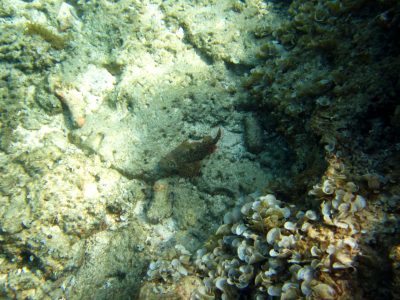 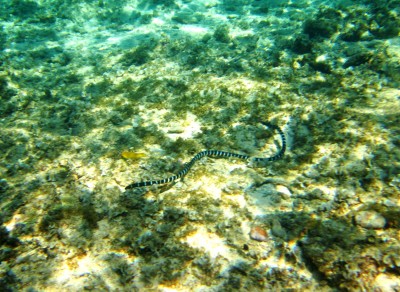 Elated with our luck of seeing these things, we decided to swim around to the north side of the island. The northeast corner revealed another deep, protected pool sheltered by rocks and overflowing with a healthy population of reef fish. A thought crossed my mind of the likelihood of catching a glimpse of a large reef shark here at night. 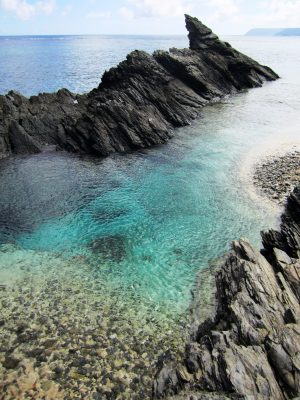 We continued swimming roughly west along the north side of the island, completing our circumnavigation. We swam past some local Okinawan fishermen perched on one of the rocks bordering the island. Their confused looks led us to believe swimming to the island has not yet caught on. Eventually we pulled ourselves out of the water again on Okinawa, and made the short walk back to the car, with a little something extra in our smiles.

Directions: The beach and parking (space for 6 or 7 vehicles) is located approximately 90-95 km North of Kadena, geo coordinates 26°44’56.0″N 128°19’22.7″E. Turn right (East) on Route 2 from Route 70, heading into the small town of Ada. Follow the small road adjacent to the school and outdoor track north to its end at the edge of the harbor and jetty. Park and cross the jetty by foot before entering the water among the rocks. Swim at own risk.