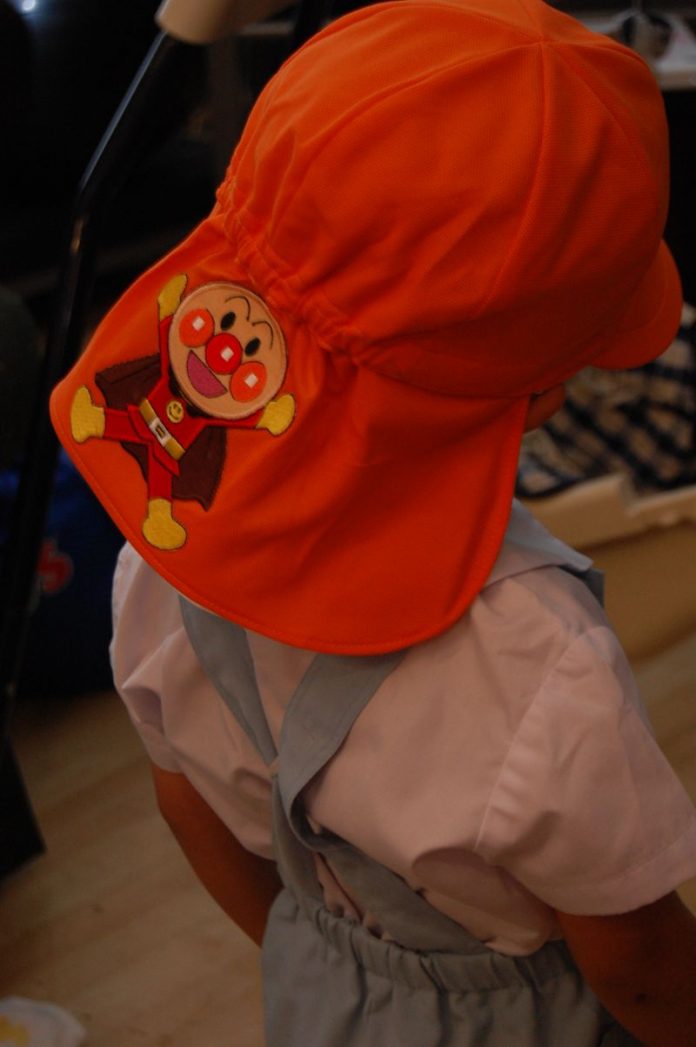 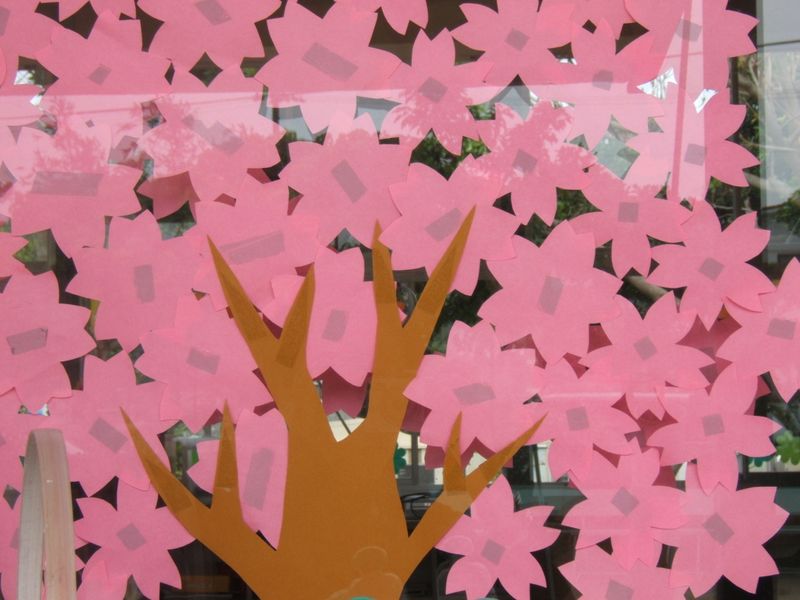 The smell of new pencils. Crimson leaves and shiny lunchboxes. One pair of guess jeans versus three pairs of Jordache. Big decisions.  All the memories of a new school year in America.  But, did you know that the Japanese school year actually begins in April? My son’s sensai (teacher) claims that many Japanese people associate springtime with “a fresh start”- and thus the beginning of the school year here in Japan.

The teachers at Sebastian’s school – Hirayasu Yochien – have adorned the classrooms with handmade sakura trees. The grounds are brimming with lovely new plants, orchids and small furry creatures. April is also the fiscal year where the government and businesses in Japan being to plan their budget. So Sakura means school and business time.

Back to new shiny lunchboxes. Not to fret, the kids in Japanese school get lots of new goodies too. For example-

A new colored hat (very important to have your mom iron on your favorite hero Apanman). 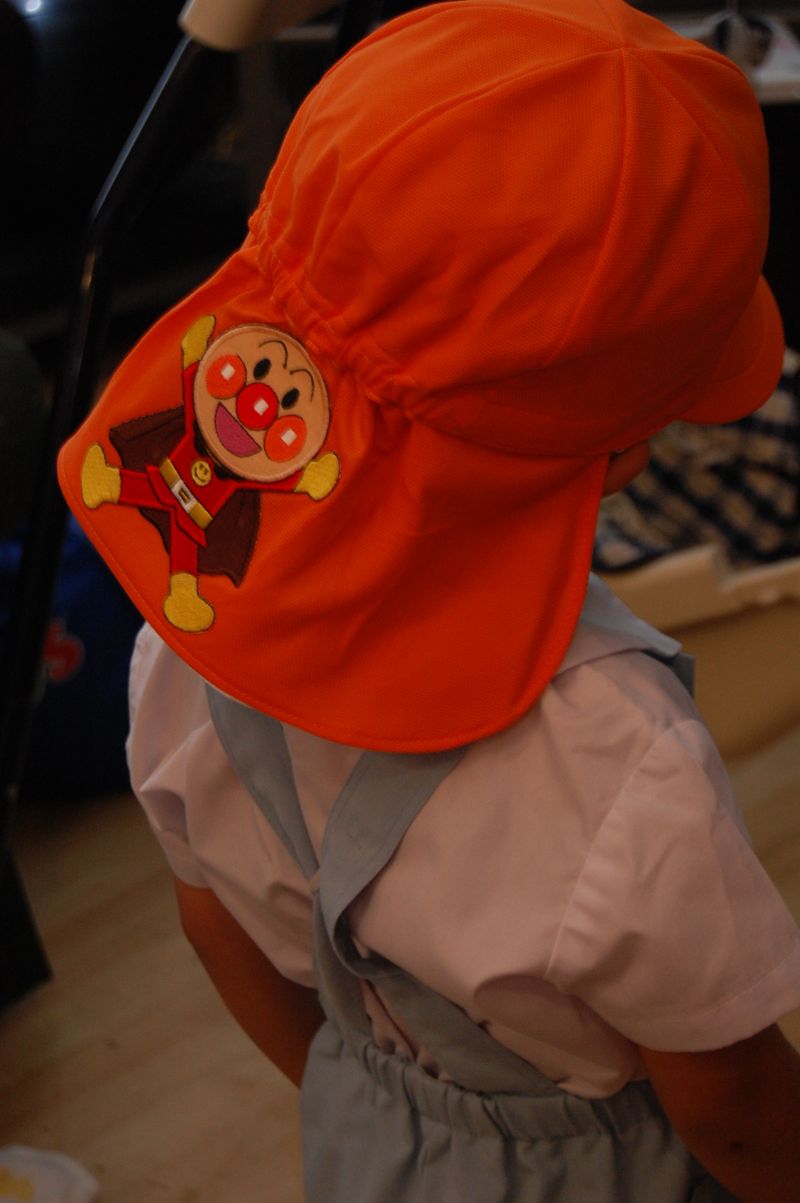 A school planner (which my son diligently places a sticker each day he is at school). 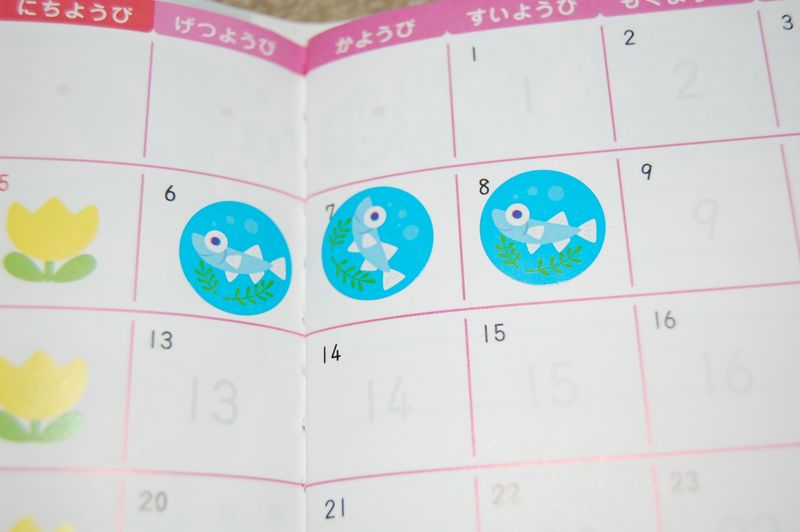 A new bag for his fork and spoon (handmade from his last teacher as a “graduation” present): 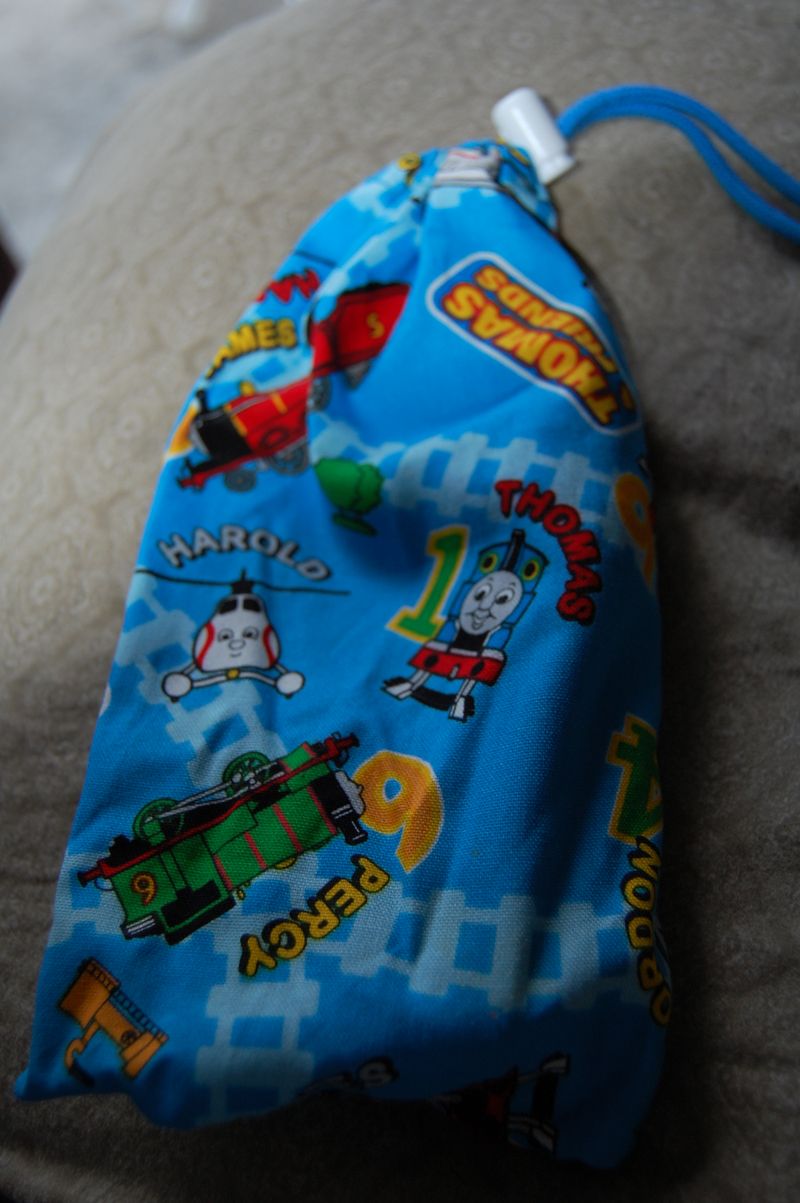 And not to forget, a lovely littel towel. If you want a laugh, read 67 uses for it here. 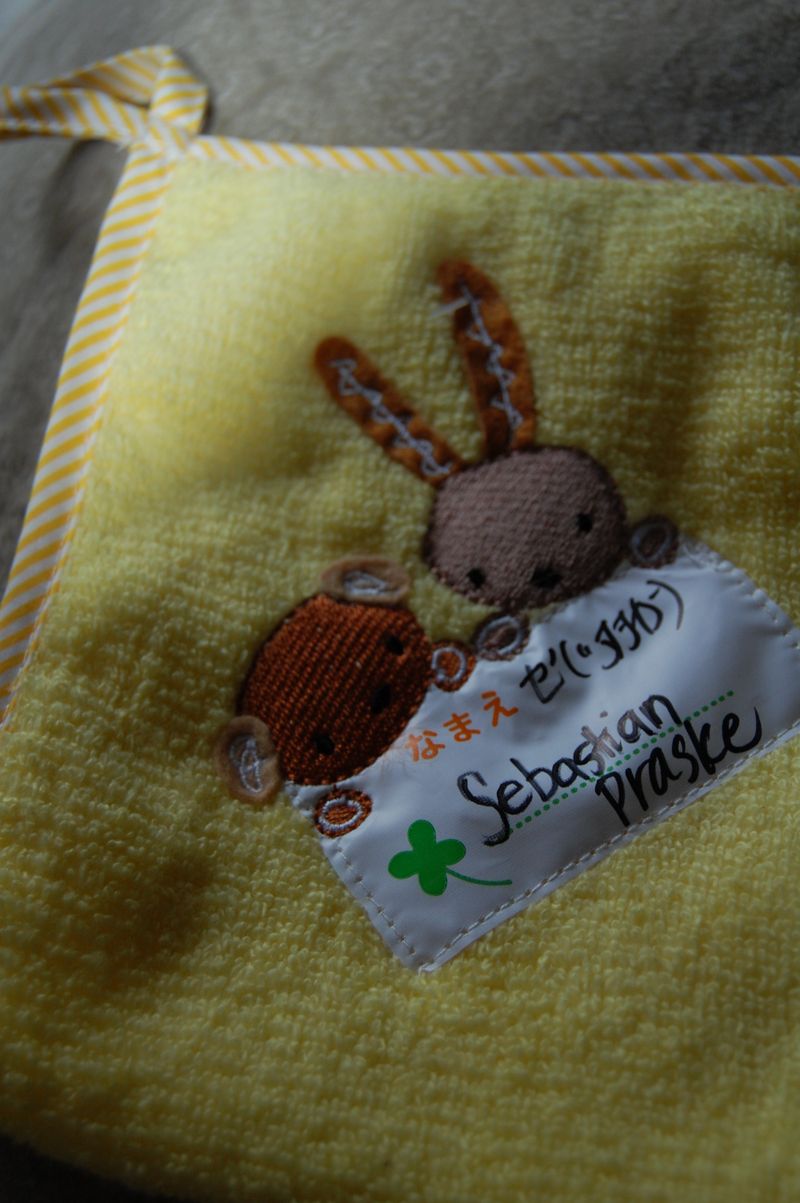 The first term of school runs from April 6 until July 20th when the summer vacation starts. The students then return in early September for the second term which starts around December the 25th. The final session begins in early January and continues to late March.

A few of my Japanese friends have complained about the school schedule for one reason. It is difficult for students in other countries to come and study abroad – and vice versa. It can make for an akward transition.

Although I will always have fond memories of school starting around the time of those ever so sweet sakura flowers blossoming.