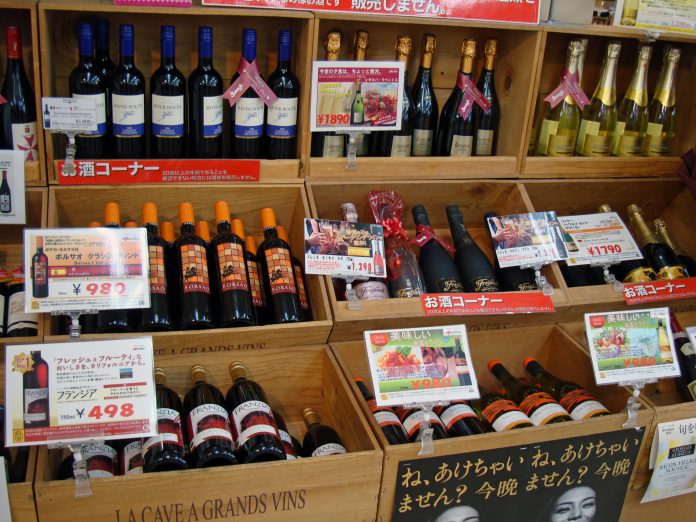 I’ve had a bit of a time locating a store on the island that sells a decent selection of wine. I’d almost given up on finding anything like what I was looking for. And then, on Sunday, the store sort of fell into my lap.

We were driving down the 58 toward Naha and saw the chain store/restaurant Jimmy’s. At the time I thought it was only a restaurant. Turns out not only is there a restaurant, but there’s a grocery where they sell homemade food – sides, appetizers, main courses – as well as specialty items and WINE! A huge selection! 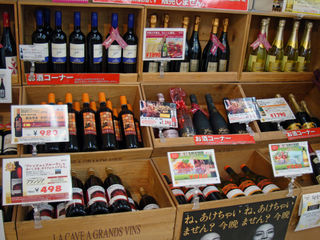 There is also a bakery… The items looked yummy, but I didn’t personally try anything. 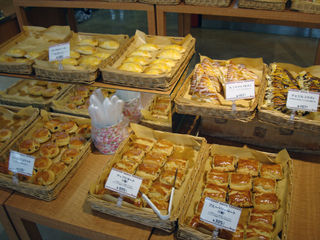 There several Jimmy’s locations. There’s one between Futenma and Kinser. And there’s one north of Kadena. Those are the two I know of, but Google showed five locations on the island.