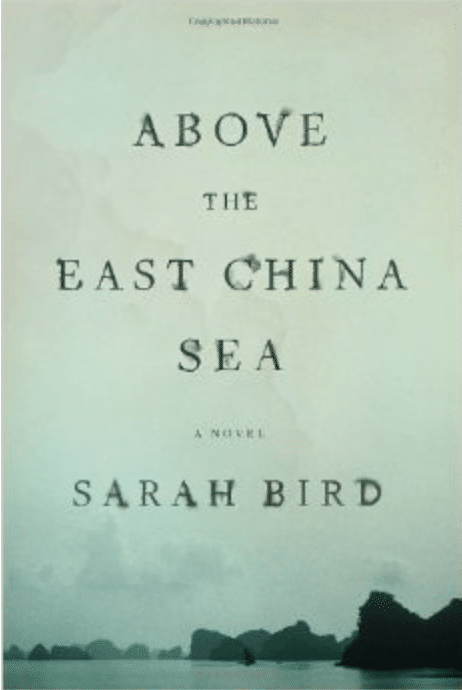 Editor’s Note: A copy of this book was provided to the Okinawa Hai staff by the publisher, but this review was written by our former OkiHai local manager who purchased her own copy and provided this review for us; all opinions are her own. Affiliate links are embedded.

Sadly, my time in Okinawa is over for now. I left Okinawa like many do – on the rotator. As we walked across the tarmac to the waiting plane, a quick rainstorm planted a rainbow over the East China Sea and I cried as I watched the island I called home for three years disappear out my window. We needed to promise ourselves that we would some day come back home to Okinawa. Promising to return someday seemed to be the only way we could walk away.

This week I returned briefly. Not by rotator or any other plane, but by book. I was sitting in my present house in Germany, but I was brought back home to Okinawa – steamy Obon nights, salty seas filled with coral and sea turtles, womb or turtle-shaped tombs of ancestors and conflicting feelings about America’s role on this tiny island.

Sarah Bird has written about Okinawa before in her book The Yokota Officers Club. Sarah was a military brat who grew up like many military children before and after her – American kids with nomadic lives across continents. She writes with the voice that I think can only truly come as one who has lived that life. But somehow, with constant moves Okinawa must have stuck with her a little more than some of the other places.

Bird’s story intertwines two main characters: Luz who is a modern-day American teenaged military brat and Tamiko, an Okinwan girl joining the Lily girls during the days of the WWII Battle of Okinawa. While these two at first have little more in common than gender and location, the book ties them more and more closely together right up until the last chapter.

Luz is struggling with many things: A fractured relationship with her single-parent, active duty mom; The loss of her sister who is also her best friend; The daunting task of moving to a new base yet again; And finding her place in a culture that she is biologically a part of (Her mother is half Okinawan.) but has no knowledge of. All of these things have her wondering if there is a reason to keep on living.

Tamiko’s struggles are also revealed. From the start we know that she has made the choice not to keep on living, that she was one of many who took their last step off of the suicide cliffs. Her beautiful home is being used like a disposable shield, ripping apart her family and all that she has been brought up to believe in.

The setting drives the story as much as the heroines: Okinawa. Bird describes it so accurately and with so many of the details those of us who have had the privilege of living in Okinawa have imprinted on our memory. All kinds of things from the coral dust that infects our scrapes, the A&W’s that can be found in such a strange abundance, the unique spiritualism of Okinawa, the differences between mainland Japan and this formerly separate nation. It’s all there.

“I see the colors of paradise. The pink of the baby piglets. The gold of the trunks of our bamboo grove. The purple of my mother’s sweet potatoes. The yellow of the flowers on the sea hibiscus hedge that lined the path leading to our house. The red of the blossoms on the deigo tree, blazing as though the side of the mountain were on fire. The colors sparkle against a background of infinite green. Leaf, vine, grass. Above and below are blue. The ocean is the blue of jewels. The sky is the blue of softness.” (pages 3-4)

But Bird doesn’t soften the reality of Okinawa’s history. Tamiko’s eyes see the glory of Shuri castle turned into rubble. The Okinawan people believed that Japan and the god-like emperor would save them from the bloodthirsty, savage Americans. After the battle, they were left wondering who the true enemy was. Neither their imperialistic rulers nor the allied forces were blame-free. Luz’s eyes see the sharp lines between the worlds inside and outside the base gates. Her friend champions the Okinawan view that burden of the US military bases was not distributed fairly. The book, though fictional, opens eyes to harsh reality of how WWII has scared the island.

The fourth force Above the East China Sea is the belief system of the Okinawan people. The traditional Ryukyuan ancestor respect and the relationships between the living and the dead affect all the main characters. Bird portrays the kami spirits of the ancestors, the Obon festival welcoming back the spirits from the ocean, the noro priestesses, and yuta with well-researched respect.

I enjoyed taking this literary trip back to Okinawa, but I’m suspicious that it stoked instead of satiated my wish to physically return to this special place. My advice to those of you that are there now (besides reading this book) is to soak up every opportunity you have while you are on Okinawa. Someday you won’t be there anymore and I promise you will miss it!

Other posts on Japanese/Okinawan books: