Home Things to do Mittman, The Comedy Show 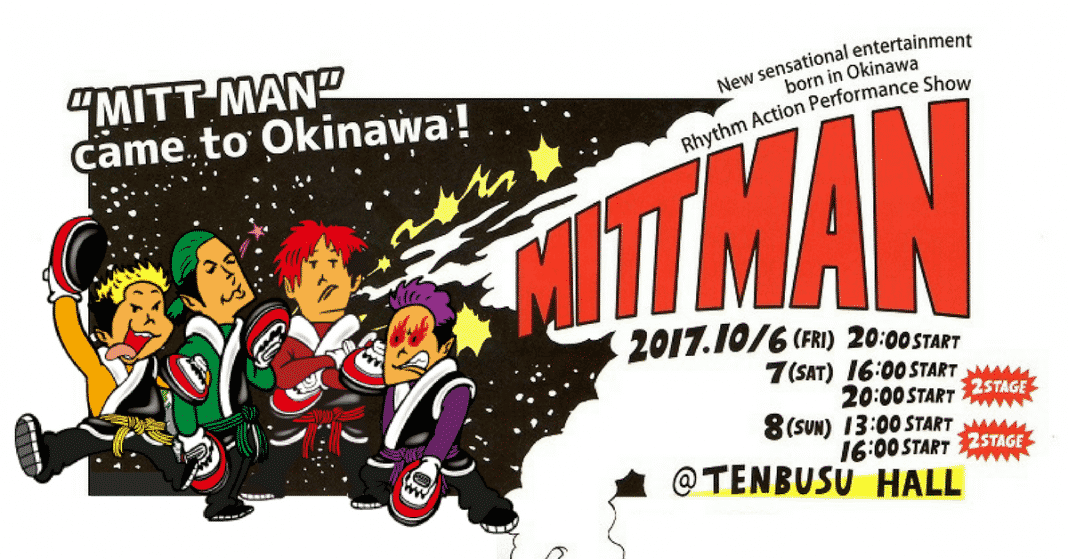 
In October 2017, Mittman will participate in Ship of the Ryukyu, a project organized by Okinawa Prefectural Government Office. Shows will start the weekend of the Naha Tug of War, and this will be the first time Mittman is performed in a large-scale hall. “Mittman,” plays an active role in theatrical circles as a new form of entertainment from Okinawa to the world. 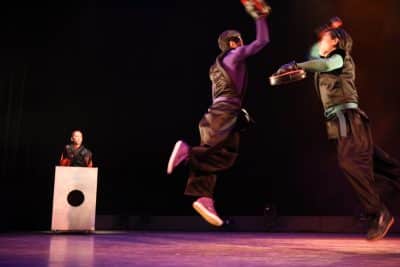 Mittman is an original comedy show featuring the combination of Karate, which originated in Okinawa, and traditional Japanese drumming. It is mostly a non-verbal performance, with only the word “Usu” spoken. Full of action with an easy-to-follow storyline, Mittman brings a smile to the entire audience — not only to children but also to adults — without drawing attention to language barriers. 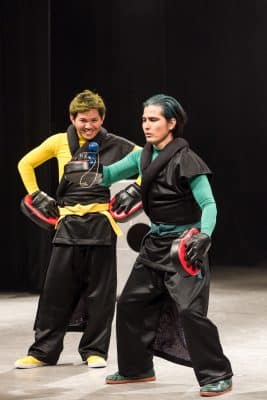 Four mittmans visit Okinawa for sightseeing when their spaceship breaks down; placing them in a tough situation. Needing money to repair their spaceship, they try whatever they can to raise funds, but their lack of skills frustrates their efforts. Will the mittmans be able to return home? The fate of the mittmans is in your hands!

Team Spot Jumble (TSJ) is the leading entertainment theater company in Okinawa. Hiroyuki Shimabukuro, Keiichi Yonamine, and Yasushi Murayama are experienced members of TSJ who, in collaboration with Okinawan Wadaiko percussionist Hideto, create a breathtaking show that showcases their excellent skill in Karate, dance, and drumming. 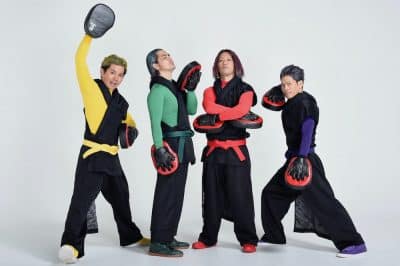 Shimabukuro is in charge of the composition and direction of this production. He is a great performer of action who has performed in the Amon Miyamoto directed dance performance Tee! Tee! Tee!, and in several stage plays and films.

Yonamine is known as the Habu Kuragen of “Ryujin Mabuya.” He is an excellent comic performer and is very popular among children, despite playing a villain. For this performance, he shows his humorous side to keep the audience laughing.

Maruyama is known as the Ryukyu (Okinawan) Tom Cruise. With an overwhelming presence, he’s unforgettable once you see him on stage. Maruyama adds extra spice to the show.

Hideto is a teacher of Okinawa Wadaiko (Japanese traditional drumming) and the leader of an Okinawa Wadaiko drumming troupe named DAZOKU. For this performance, he plays without drumsticks in a new and high-energy performance that electrifies the audience with pulsating light and the beat of the drum. 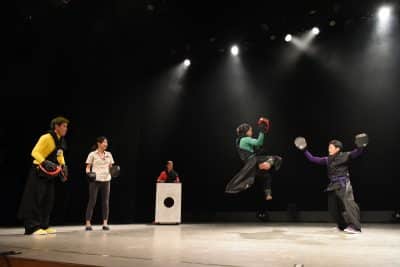 Tickets: Adult ¥2,500, High School Student or Under ¥2,000, Free for preschool children with adult (Sit on their laps) / All reserved seats.