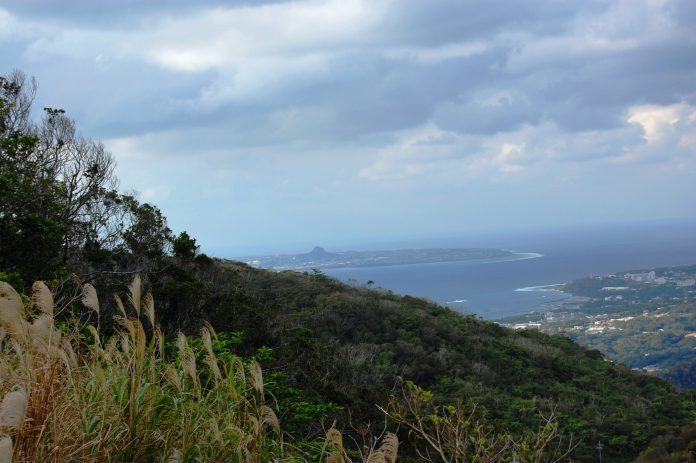 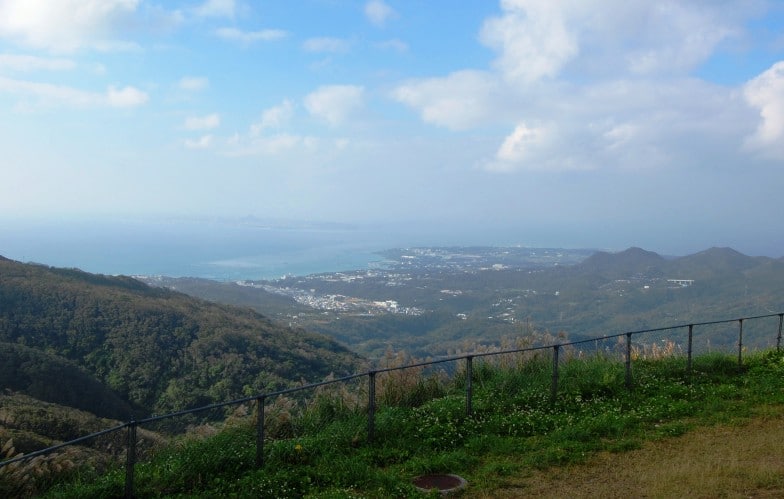 Towering high above the Motobu landscape is the expansive and beautiful Mount Yaedake. It is ironic that as prominent as the landmark is how many adventure seekers and island enthusiasts overlook this majestic old mountain. Unlike many other obscure attractions hidden throughout the jungle locales in Motobu, Mt. Yaedake is as simple to find as it is rewarding. If you have been to the mainstream haunts of Pizza in the Sky, Nakijin Castle Ruins, or Ocean Expo Park then you have passed by one of Yaedake’s many entrances.

Mt. Yaedake is well worth your time because it is home to one of the most abundant and spectacular collection of panoramic vistas on the island. Thankfully Yaedake’s roads are wide and well maintained with plenty of convenient parking lots thoughtfully placed as you work your way to higher elevations. 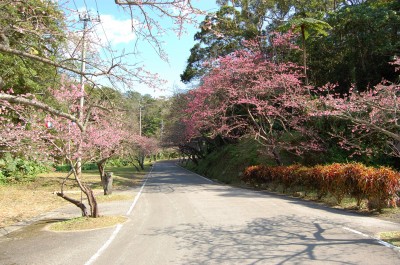 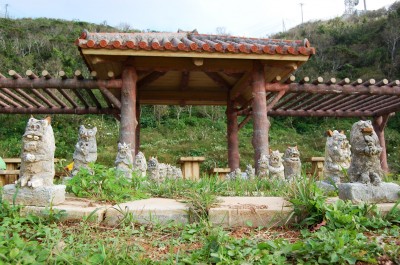 There are a few main attractions to look for when venturing toward the mountain’s summit. The most family-friendly of these is the Sakura no Mori Forest Park. This park is large with vending machines, restrooms, picnic pavilions, and plenty of playground equipment for children. 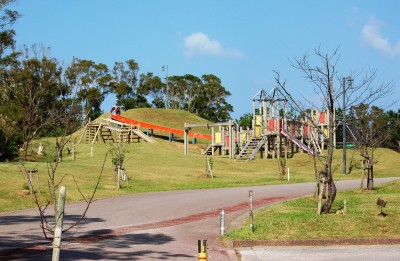 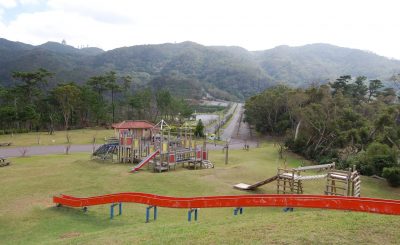 There are also two designated hiking trails along the park’s perimeter that offer picture-worthy vantage points. Although the trails are well-maintained, be warned that there are a few steep staircases at various points in the hike. Solid shoes vice flip flops are highly recommended before taking on the trails. 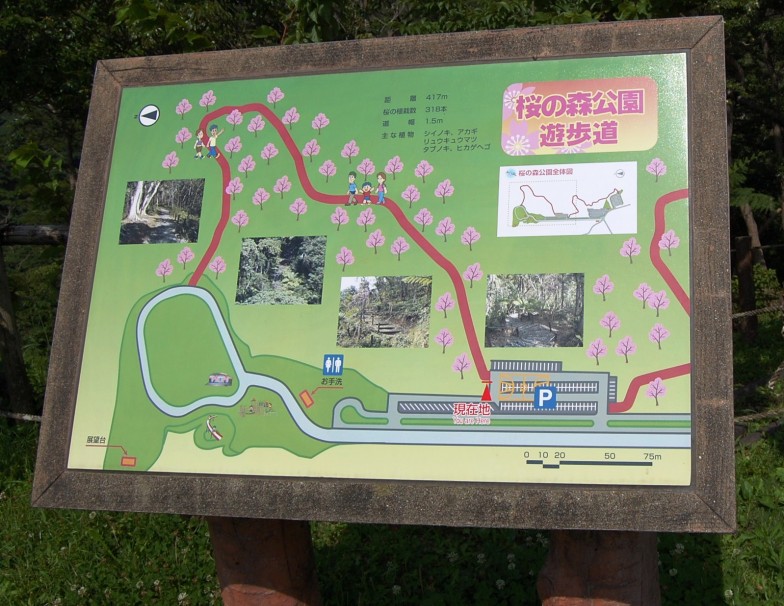 Nearby Sakura no Mori Park are two picturesque bridges and a scenic overlook area which is built to accommodate bus parking. 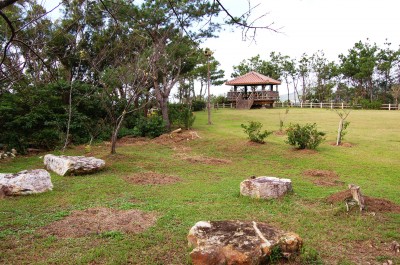 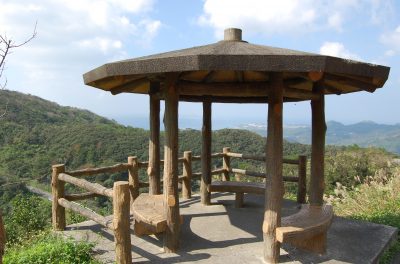 Venturing up the mountain will eventually lead the emboldened explorer to the highest recreational area below Mt. Yaedake’s peak. Three large pavilions rest under a large round radar dome marking the mountain’s summit. 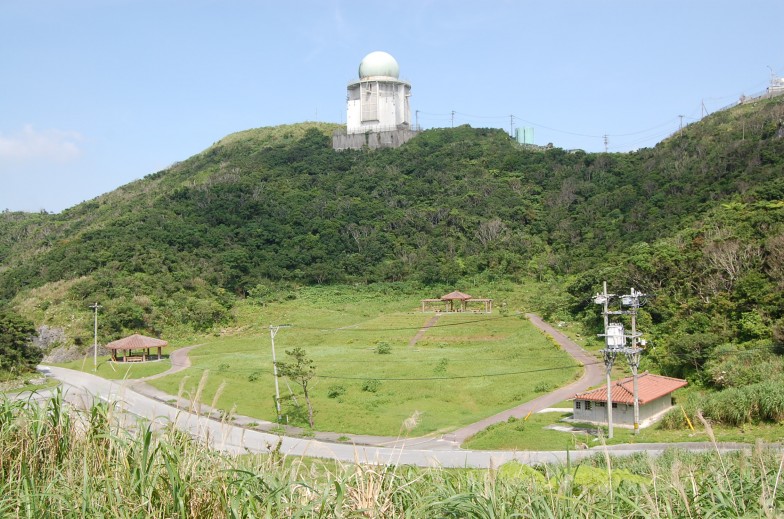 To reach Yaedake’s highest peak you will have to walk from the parking lot across from the pavilions up the road (no vehicles allowed) toward the radar dome. Adjacent to the radar facility is a large fenced clearing with a marker to indicate the actual peak of Mt Yaedake. The 360° degree view from the top of the mountain is amazing and well worth the effort! 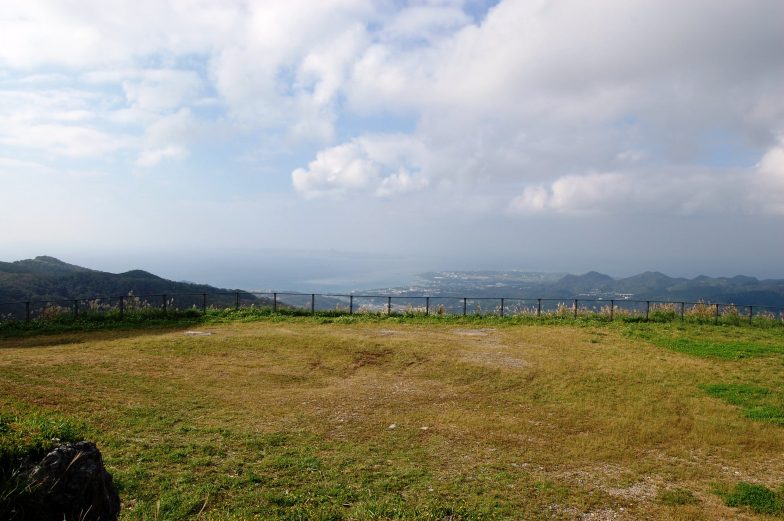 Mount Yaedake is especially popular during cherry blossom season and during the first sunrise of the New Year. During these times expect more traffic, larger crowds, and seasonal decorative displays.  The rest of the year this large striking park is a quiet and tranquil retreat that offers exploration, exercise and memories you will never forget. 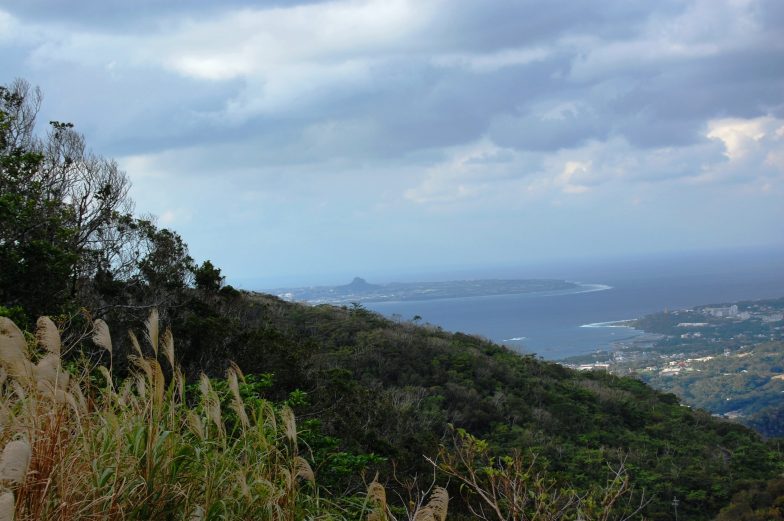 Directions: As stated earlier, there are many routes to reach the recreational areas of Mt. Yaedake but the following is the best marked. After leaving the Okinawa Expressway 10 exit, travel north on Highway 58 through Central Nago. Look for route 84 on the left and follow this road past Pineapple Park. Keep going straight down this road until you see a large white landmark sign above the road that says “Mt. Yaedake” with an arrow pointing to the left. This sign is next to a Daihatsu dealership. 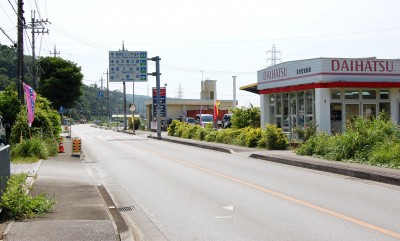 Follow the sign’s directions and turn left. You will pass a small café on the right as the road winds up the mountain.  As the road widens you will see Sakura No Mori Forest Park’s huge parking lot on the left and the mountain peak with radar dome in the distance on the right. The rest is pretty obvious, have fun exploring the park!

Hours: There are no posted hours for the park.