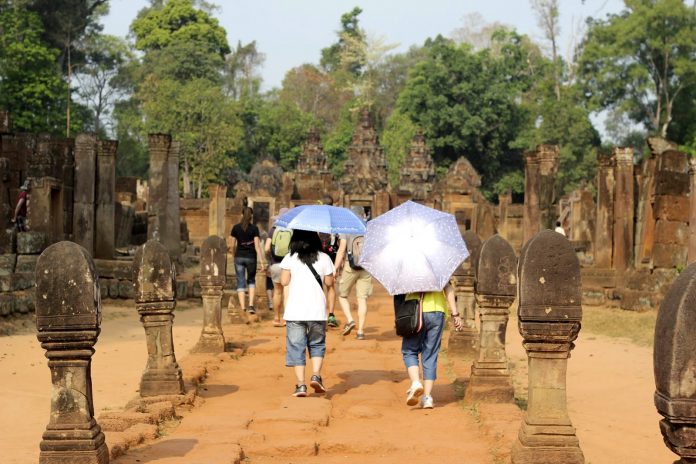 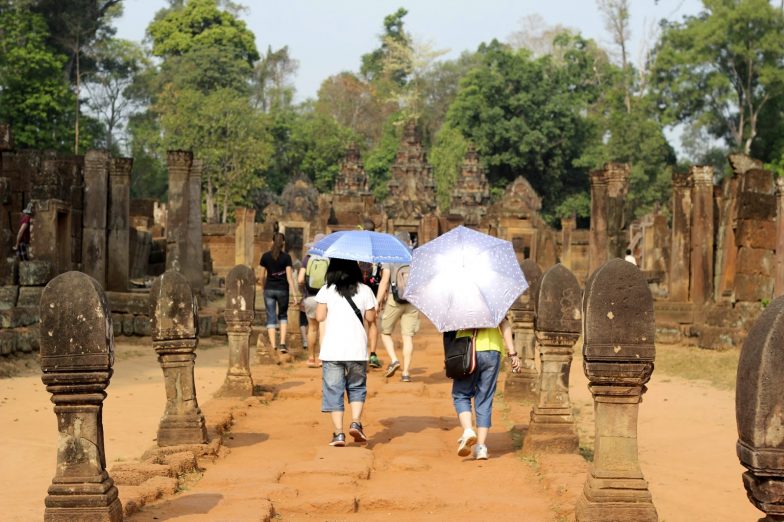 Our tuk-tuk driver met us outside of our hotel, the Kiri Boutique Hotel, to take us around on our last day in Siem Reap. We decided to head towards Banteay Srey and the countryside. We got started early in the morning, around 7, and were excited to have a relaxing ride ahead of us.

Before I get started on day 3, I have to rewind to the night before. We went to Pub Street and walked around, looking for some cool souvenirs  to take with us. (Note: Get elephant pants here! We didn’t see any after we left Siem Reap!) After getting dinner at a Cambodia BBQ restaurant, we ventured out into the streets! 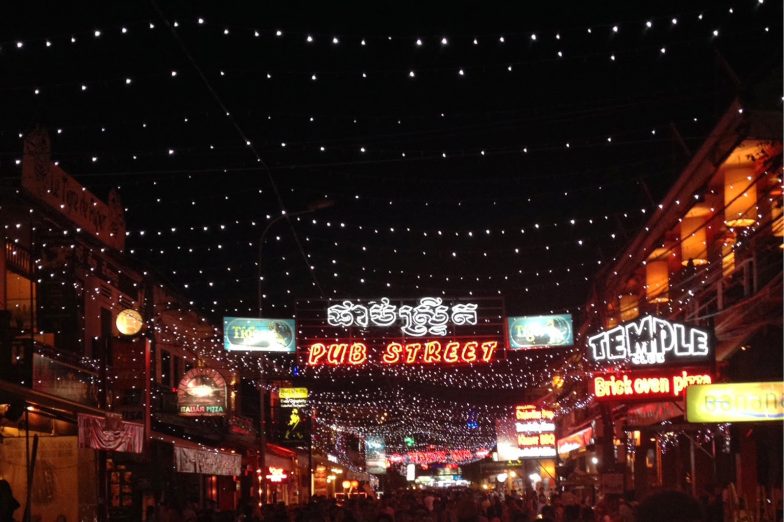 Then, came lots of crazy. Earlier in the day, we’d talked to a guy staying at our hotel about how Siem Reap didn’t have “street food,” unless you were looking for snakes and tarantulas. We laughed it off and, at least for me, I didn’t think we’d actually see that nasty stuff. As it turns out, WE DID! 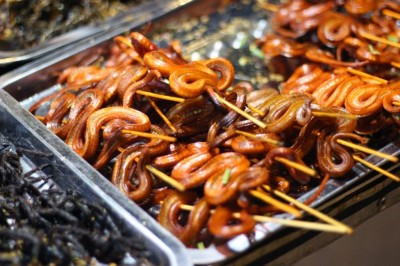 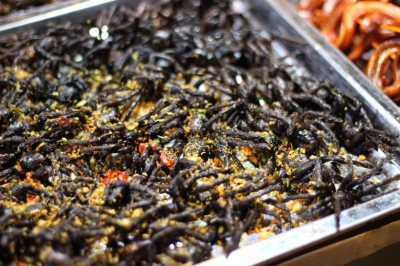 So incredibly gross. Tabitha is a lot more adventurous than I am and said she’d eat the snakes if they were cut up, but was equally freaked out that it was just a snake on a stick … looking like a snake.

Not long after this, Tabitha got wrapped up into a money scheme. A lady, wearing no shoes and holding a baby, stopped her to ask her to buy formula. Tab tried to just give her a few dollars, but she insisted that she go into the convenience store. She worked hard to avoid it but, before we knew it, we were on our way to the store. I think we were both pretty sure we were about to get mugged! The scheme was that the convenience store sold formula for something outrageous, considering the cost of everything else in Cambodia, and they had a whole crew of “fomuala-needing-mommas” walking around. We didn’t get mugged and no one bought formula, but I’m pretty sure we were cursed and cursed at when we walked away.

We started day 3 by trying to make it to “Costa Coffee,” the Starbucks of Siem Reap. As I’ve said before, our tuk-tuk driver had difficulty understanding English and he took us to a random bakery and coffee shop. We fought the language barrier and, after our tuk-tuk driver started laughing and giggling like mad, we headed towards Costa Coffee… or so we thought! Next thing we knew, we were in front of “KFC.” Haha! Say it out loud: Costa Coffee, KFC. Same same, but different?? Thankfully, we spotted a nice cafe across the street. 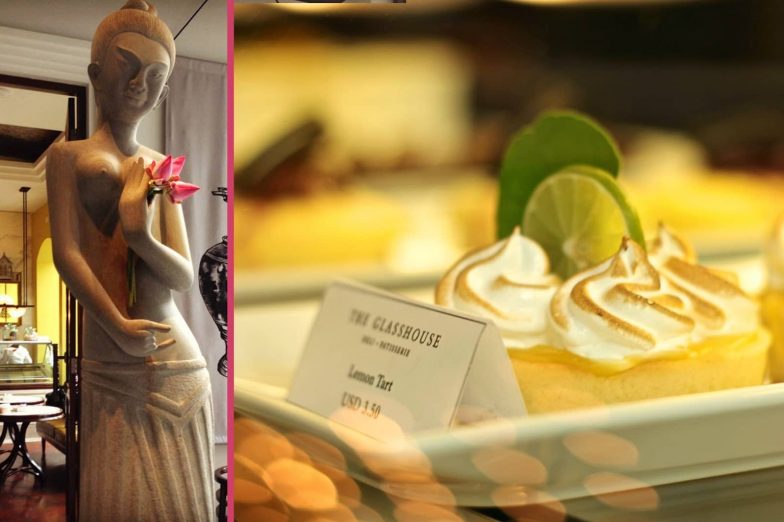 Then, we realized it was the Park Hyatt. Somehow, someway we were becoming the travelers that only went to fancy foreigner havens. We took it in stride and spent WAY too much money on breakfast and headed towards our destination. 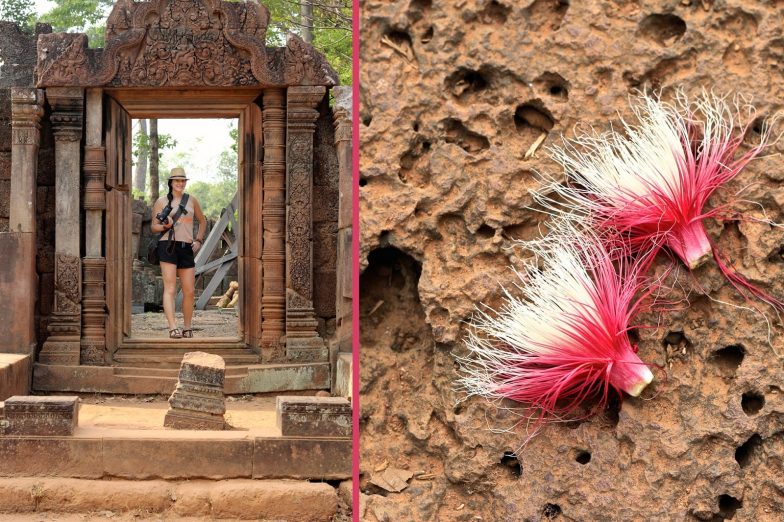 We captured some awesome photos along the way, like this seven-headed serpent. 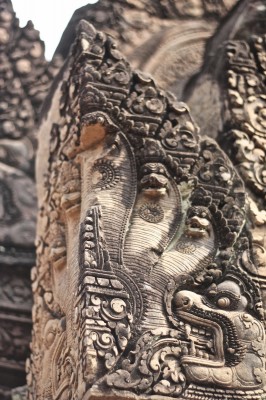 And these flying monkeys! Was this where Wizard of Oz got their inspiration??! 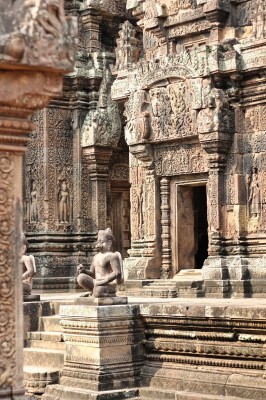 We watched a little boy count his snacks that he had collected for letting people take photos of him. 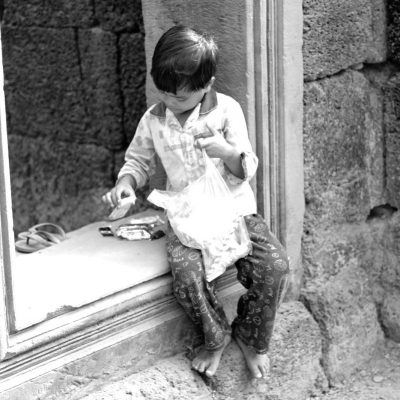 It was so crowded. I’m not even sure this photo (below) does it justice. 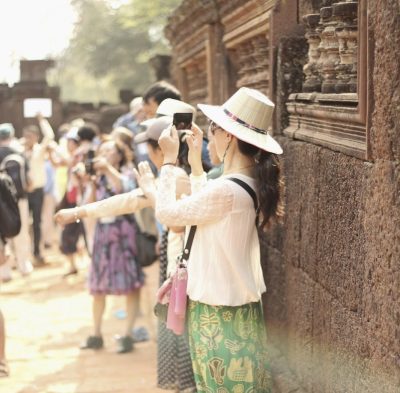 After a breezy, scenic ride through the countryside we arrived at Banteay Srey. Our initial decision to go here was based on Tabitha’s book and how “incredible” it made it out to be. For us, it was a huge let down. There wasn’t much to the entire establishment and we were left wanting more. Maybe by “incredible” they meant “incredibly busy” because that was one thing that was undeniable. We left just about as quickly as we arrived and were feeling pretty defeated. Our tuk-tuk driver had better things in mind.

We just wanted to go back to the hotel. We were going to grab lunch, pick up our passports, and go to the pool. Well, you can imagine our surprise when our driver dropped us of in the middle of no where. It literally looked like he dropped us off at the end of some super random dirt road. He couldn’t tell us where we were and we had NO clue. Luckily, there were some foreigners that could tell us that we were at Banteay Samre.

“Ok, whatever, we might as well go look at it.”

I loved the light coming through this window. 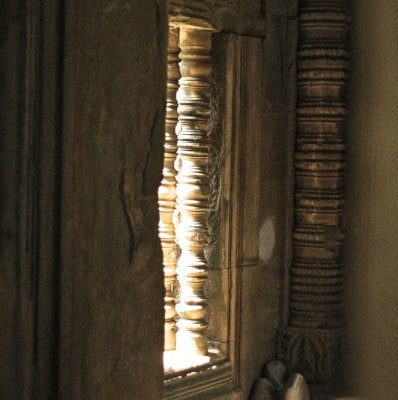 And this (below) was one of my favorite photos. This boy and his friends were collecting recyclables and he took a second to rest and check out the crowd. 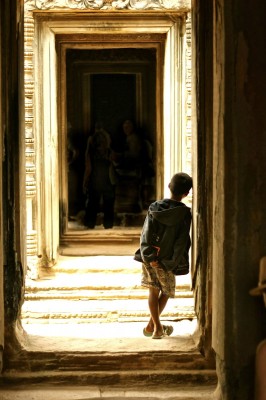 This kitty was so “over” seeing the fake water color painting – just like us. 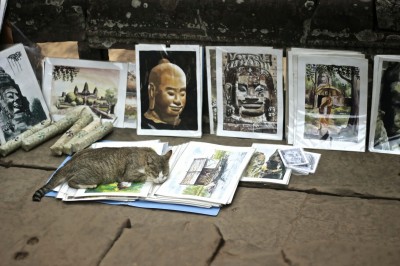 It was beautiful! Banteay Samre was exactly what we wanted from Banteay Srey and didn’t get. It had a very different feel in comparison to the other temples that we’d seen. It wasn’t really symmetrical, the doors were set up a little differently, and the endless pillars around the inside walls made it unique. It energized us and got us excited, again, about being in Angkor! 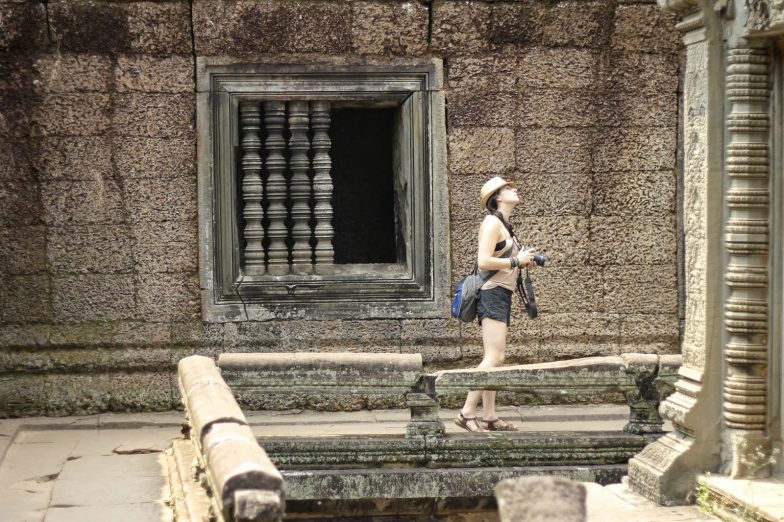 We headed back to the city to get our passports back, which was a pretty big pain. The travel agent told us to come between noon and two. When we went they were not ready. Ugh! So, we went to get pizza and beer.

While enjoying our lunch we decided it was now out of our control and we’d go back to the pool. We were definitely happy when our passports were delivered around 6:00 that night. We could leave Siem Reap the next day, just like we had planned!

Our night ended with a free foot/leg massage in our room. We planned to go back to Pub Street, but ultimately decided to order from the hotel restaurant and call it a night. We had a 6-hour bus ride ahead of us! Phnom Penh here we come!!