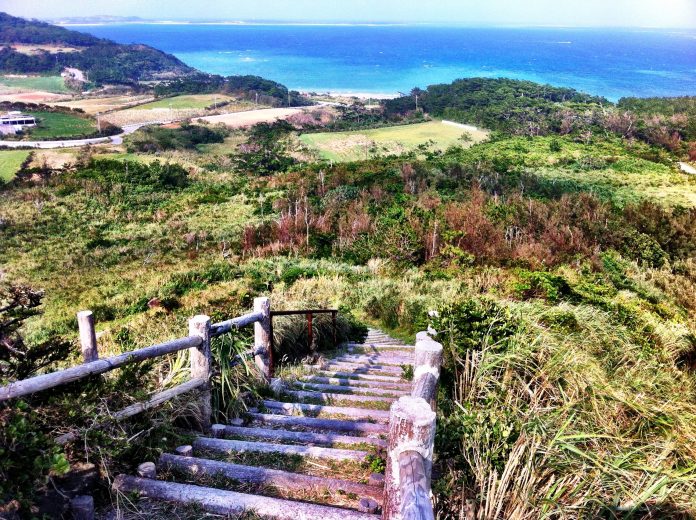 Editor’s Note: This is the final installment of Quentin’s adventure to Kumejima. Click on the following links to read the others: Part 1, Part 2, Part 3 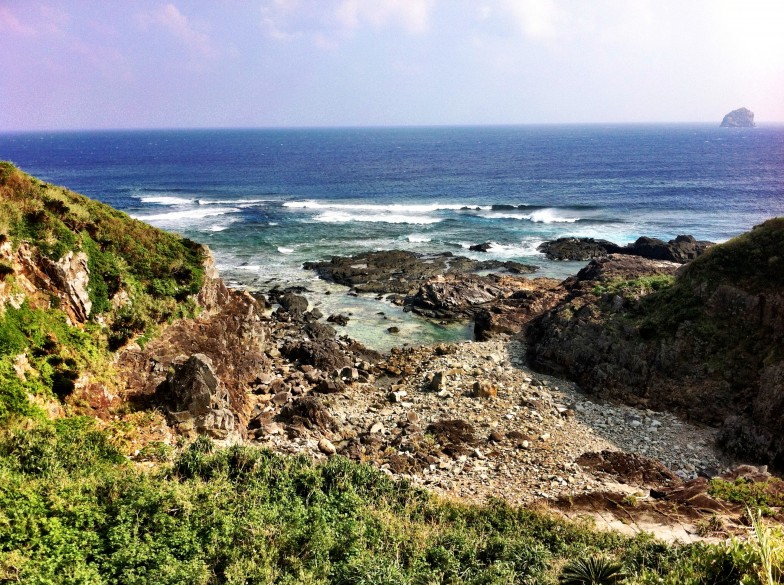 Returning to the hostel, I met up with the local who spoke English. I told him about my day trip to Hatenohama Beach and my next set of plans to revisit some sites and see a few new ones before the sun goes down. He took my advice about exploring the island while I was out and wanted to join in on seeing more.

We both revisited the main sites from the first day and a few new ones. Since he wasn’t able to go with me on the first day, so I took him to the three sites he really wanted to see from the pictures I had taken, which are very close to where we were staying. After that, we visited the Shrimp Farms on the northern side of the island. Since I didn’t have a cooler, I didn’t buy any (they are sold in bulk). 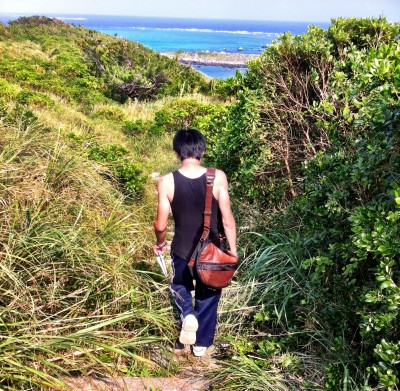 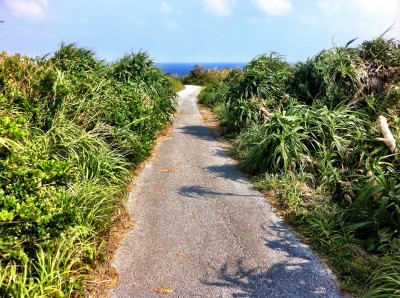 Heading back, we visited the Yajiagama Cave System. We were not the only tourists there, so we all headed down together. The others were too scared to go inside since they didn’t have a flashlight, so they sent me (the foreigner) to lead the way. Along the way, there are clay pots and human remains inside a small chamber to the left. I didn’t go too deep into the cave, because there are huge swarms of bats inside. The others avoided going in. 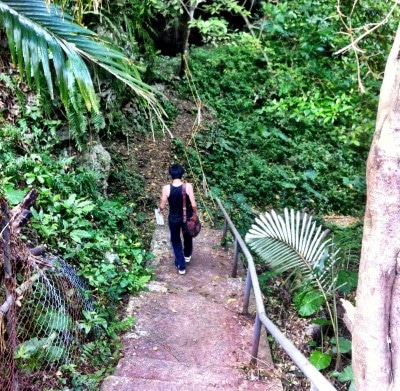 Coming back down to the Eef Beach area, the easier entrance to Tori no Guchi Park lies next to a resort hotel. The southern tip of the island hosts a bundle of hiking trails that let you observe the seas, forests and hills from steep observation points. The famous Bird’s Mouth Rock seen from the ferry (if you know to look for it) is found here as well. There were a lot of Japanese tourists here taking pictures and walking up and down the trails. 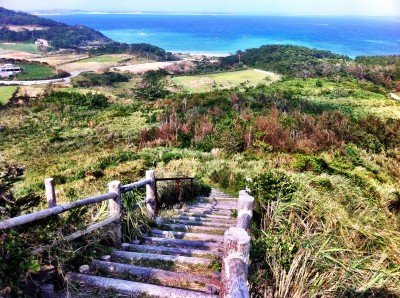 When the sun was finally setting, it was time to eat. Since we were unable to feast on 6-8 inch black striped shrimp from the farms, we decided to find them at a restaurant in Eef Beach. I did not remember to take a picture of the sign (written in Kanji), but I do remember the menu outside of the building. It is located a minute’s worth of walking on the street on the opposite side of the Marine Resort. Most of the restaurants are located here. I do remember the delicious food. 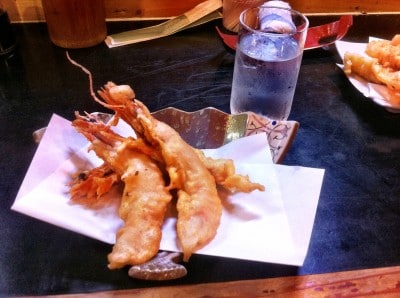 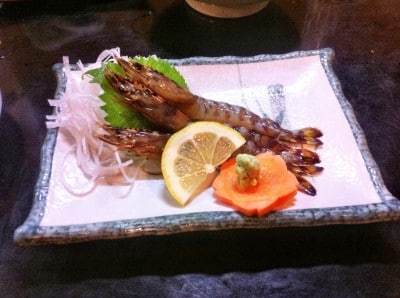 You can order just about any popular Japanese/Thai/Indian dish you can think of, they do it all and more. Their bar is fully stocked with a variety of liquors (we chose Kumesan… mmmmmmm!) and they served the local shrimp baked (the best!), fried or raw. I suggest all three. Since the prices were decent (if you are used to the economy), we sampled a variety of dishes until we were full. We sat there for about two hours. 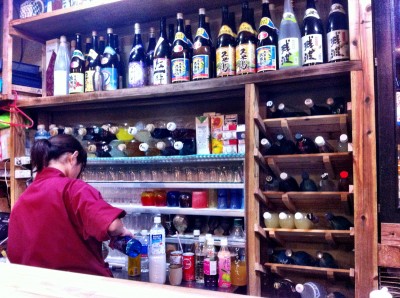 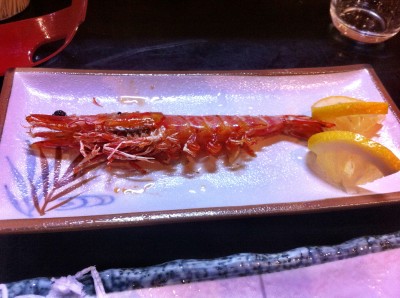 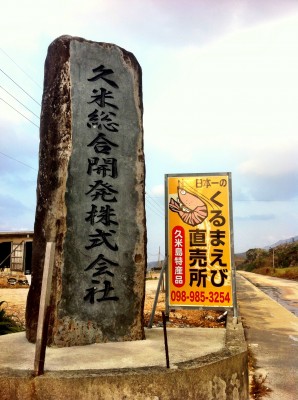 After dinner, I re-visted Spiral Market Reggae Bar to hang out with the owner, Morishima-san and his regulars at his bar. The locals are extremely nice and love talking with foreigners. With the help of the staff, I was able to exchange stories and meet a lot of nice people. The tour guide from the Hatenohama trip eats dinner and hangs out there regularly. After enjoying more Kumesan, (mmmmmmm!) it was time to go to bed and catch the 8:30 a.m. ferry back to Naha. If you brought a car, you have to show up early and re-register the car with the original ticket at a building at the rear of the ferry. In closing, I highly recommend this trip, and wish I had the opportunity to stay here during the summer to go back.